Back to Advice FROM ADMISSIONS 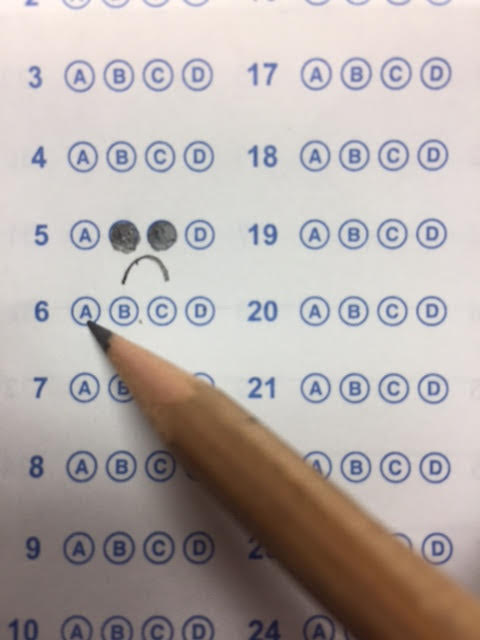 Is Your Child More Than a Number?
Rachel Hannusch

I have yet to meet anyone involved in the education system who disputes that grades are important.

The pressure for this generation’s brightest minds to get into good colleges often makes grades the number one concern to both parents and students alike. The report card line-up is seen as a make-it or break-it moment in an academic career, and one sub-standard score is seen as the death toll to university aspirations. It’s disconcerting to hear the unhealthy sacrifices students will make to achieve top marks: going days without sleep, skipping meals for more work time, and multi-tasking to the extreme, to name a few. The symptoms of this behavior are not surprising: extreme stress, sometimes manifesting as physical illness, emotional meltdowns, exhaustion, and even depression. This, unfortunately, reflects the new academia in the United States, the rising culture in the next generation of intellectuals. Busyness is the new god, and stress the offering laid at his altar.

Achieving high grades was originally intended to be a marker of how much a child had learned, but it seems that we now view the “A” as the prize to be won. Being named top of the class is seen as the reward, not the learning this ranking is meant to indicate.  This obsession with test scores implies that we have shifted our focus from the content of learning to the standardization of acquired knowledge. The motivation of education has become external rather than internal – meaning that the ultimate goal is to get the grade rather than learn the subject. This distinction may seem minor, but in fact the ramifications of this priority shift are vast. It reduces the student to a number rather than an individual, a set of letters and digits rather than a complex, three-dimensional being with a budding, fertile mind. A child becomes just a number.

Education hasn’t always suffered from the standardization of acquired knowledge, so it’s worth giving some thought as to how it has become so commonplace. There are a number of contributing factors.  As stated earlier, the selectivity of college admissions plays a tremendous role.  Governmental intervention through public school programs like the controversial No Child Left Behind Act, which relied heavily on standardized testing as a way to hold schools responsible for student outcomes, also contributed to the notion of knowledge measured as opposed to learned.  We also see the implications of standardized education in the Texas public education system through the problem-plagued State of Texas Assessments of Academic Readiness (STAAR) test.  While private education isn’t subject to STARR and No Child Left Behind, with 90% of PreK-12th grade students attending public school in the United States, these public mandates become the loudest voices in education and derail the notion of traditional learning for the sake of knowledge.  Additionally, a national focus on STEM-oriented pedagogy and big data to assess student and school performance has weakened instruction in the humanities.  The irony is that the biggest technology employers throughout the United States are looking to hire college graduates with liberal arts degrees to strengthen their companies.  Click here to link to a Forbes article with more details on this dynamic.

The classical school system remains one island in this cultural shift, but it won’t remain set apart without intentional “retraining” to fight this mindset. Perceptual retraining can come in part from teachers, but the most meaningful input in a student’s life will be from his or her parents. Parents have the greatest opportunity to instill in their children a love of learning, for the sake of learning itself. Through a classical education, the students are able to become philosophers in its original meaning – lovers of wisdom – young academics who are personally invested in their education for the pleasure of that learning, not merely because it’s required of them.

One question I encourage educators to ask students is, “What have you learned today in your classes?” Students unaccustomed to hearing this question are often surprised. The intent is to have students reflect on the milestones they had achieved that day, the ways they had grown mentally, the knowledge they had acquired in a tangible way.  Unfortunately, well-meaning classmates, parents, and sometimes even teachers, confuse grades (a metric) with learning (a process of knowledge acquisition) to the detriment of a young mind.  It’s not uncommon to hear statements such as, “My mom/dad only asks what I got on my tests. They want to know what my grades are.”

What an amazing revival we could see in the educational system if parents and teachers unified around this one small change – to ask what has been gained, rather than what could be lost. This little shift in perspective would remind the students that their worth is more than a number on a piece of paper, and that the purpose of their hard work in school is to show daily growth in knowledge and wisdom. If each student could become aware and proud of the facts and skills they gain, perhaps they would begin to take personal responsibility for their learning experience, and love of learning could be the motivation behind their dedication in the classroom. Good grades, the manifestation of acquired knowledge, would follow naturally, without stress associated with performance pressure. An internally motivated education would enable a healthier learning environment for the inquiring minds of the future.

Rachel Hannusch is a Saint Thomas’ Episcopal School (STE) alumna, where she now teaches Upper School Biology and AP Biology. She holds a degree in Neuroscience from Trinity University.